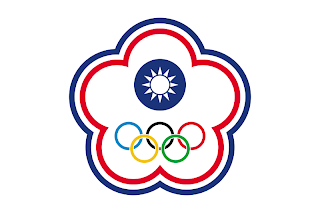 A step in the right direction, thanks to Swine Flu?

Politics (read: China) has kept Taiwan out of the WHO for decades, but now the island is going to send an observer delegation to the WHO Congress. This is important on a purely practical level -- swine flu didn't amount to much this time around, but what happens if the next bird flu/SARS outbreak comes in East Asia? Getting everybody on the same page is crucial and now Taiwan's public health authorities will have a seat (ok, an observer seat) at the table.

Taiwan to join WHO congress in "huge breakthrough"
* Taiwan set to join World Health Organisation assembly
* Self-ruled island had been barred by China since 1971
* Pandemic flu fears support calls for observer status
TAIPEI/GENEVA, May 15 (Reuters) - Taiwan is set to take part in next week's World Health Organisation annual congress for the first time in 38 years, in what is regarded as a rare diplomatic opportunity for the self-ruled island.
Under an agreement reached with Beijing, 15 people will represent Taiwan at the World Health Assembly under the name of Chinese Taipei.
China has claimed sovereignty over Taiwan since 1949, when Mao Zedong's Communists won the Chinese civil war and Chiang Kai-shek's Nationalists fled to the island. Beijing has vowed to bring Taiwan under its rule, by force if necessary.
"Our delegation will define this trip as a journey of professional studying and sharing," the Taiwanese health department said in a statement on its website on Friday.
"Because our country has not joined any U.N. agencies for 38 years, it's important to study the internal process of the WHO and interact with officials from other countries," it said.
Taiwan is not a U.N. member but is represented at the World Trade Organisation under the name of Chinese Taipei. China, backed by about 170 diplomatic allies including the world's most powerful nations compared to Taiwan's 23, normally stops the island from joining international organisations that require statehood as a prerequisite.
But relations between Taipei and Beijing have improved since the island's President Ma Ying-jeou took office in May 2008, with top negotiators on both sides holding meetings and signing a series of deals to boost trade ties.
Raymond Wu, a political analyst in Taipei, said Taiwan's representation in Geneva may help Taiwanese authorities improve their links with major economies that are allied with China, such as the United States and European Union.
"Symbolically, it's a huge breakthrough for Taiwan," Wu said of the agreement with China announced by Taipei on April 29.
Fears about the newly discovered H1N1 virus added impetus to Taiwan's argument that it should be allowed to observe the WHO policy-setting assembly, where 193 member states will discuss the global response to the flu strain with antiviral drugs and vaccines.
Taipei has long argued its exclusion from the WHO and its meetings has made it tough to handle major health issues such as the 2003 outbreak of Severe Acute Respiratory Syndrome (SARS). WHO laboratories have confirmed four H1N1 flu infections in the Chinese mainland and Hong Kong to date, with none in Taiwan.
Posted by A Quinn at 1:40 PM